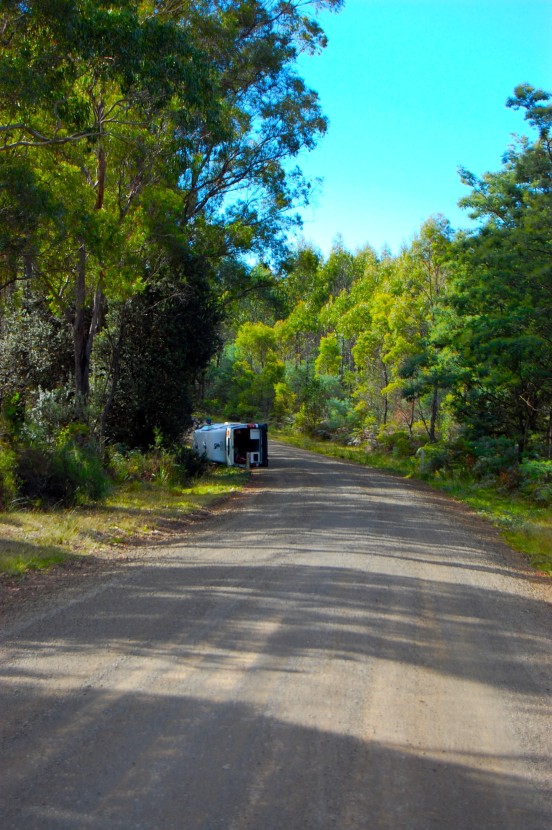 So after my long hot shower at the holiday park, I hoped straight away to our van and we left for Cradle Mountain. Andrew used his Tomtom and started driving. I remembered from Google maps that we should be going back to Launceston town proper first but I didn’t mind that Tomtom directed us to go the opposite way as there could be other routes.

I was busy drying my hair and Andrew just continued to drive through farms. We were on the road for more than 30 mins when we started to question the GPS. We got into a a quite forest-y area and the signs were just pointing to a lake. There was no way we were heading to Cradle Mountain. We decided to turn around and just drive back to the last main road that we passed through. We were a bit upset and we just wanted to be on the right way to Cradle Mountain. I grabbed both our phones and tried to load google maps. My focus was both on the phones when suddenly I heard the tires screeching and Andrew just stared saying “sorry, sorry..” I know we were trying to stop but the van was not stopping. The next thing I know was the van reversed, the tail of the van went forward. Our speed decreased but we were still moving, until we got onto the side of the road.

In my mind, “Shet, babaligtad ba kami??” Shit, are we going to tip? (Yes, I still think in Tagalog, specially in critical situations like that. Haha!)

And yes, we tipped! Slowly. I hear the plates behind me starting to fall, I heard smashing sounds to my left (my side was the one at the bottom). And then everything stopped. Me and Andrew started to ask if we’re ok, I knew there was fear from both of us. I was calm, which was unexpected as I was always stressed out on most things. I knew we had to be calm so we can leave the van. My biggest fear that time was what if the van explodes? I can’t remember how I did it, but I was able to remove my seatbelt, crawl all the way to the top (driver side’s door) and push myself outside. I was even holding 2 phones! Probably Andrew helped a lot but those were the vague parts of the incident for me. Maybe it was all the adrenalin and the fear that we’ll explode with the van if we don’t leave it right away. 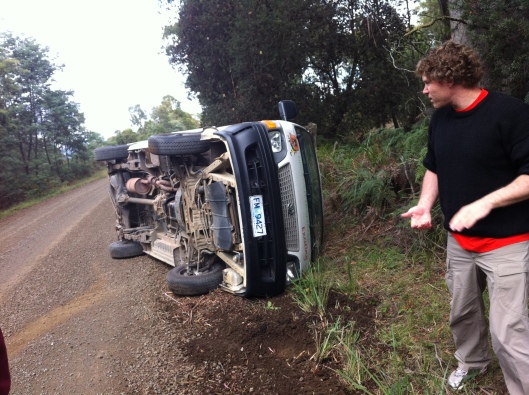 When I stepped on the road, I was shivering. It was quite cold and I was so scared. Luckily, one car passed by us right away and offered us help. There were 2 guys on the car and they took me to a place where there’e reception so I can inform the van company and so they can send towing. Then they also took me back to the van where Andrew was waiting.

Me and Andrew waited almost the whole day for the towing truck. We were lucky there was a very good family living in a farm house, offered us food while we were there. There were also 2 kids that entertained us. They were so cute, showing us their pet guinea pig and giving us apples they hand picked from their farm. 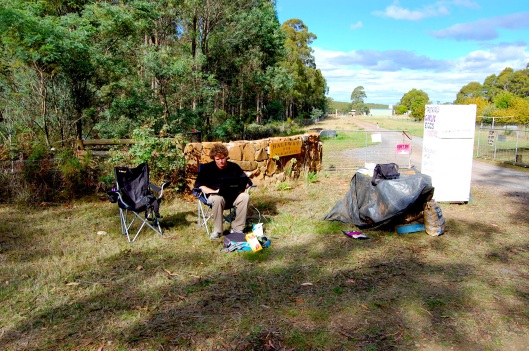 While waiting for the tow truck 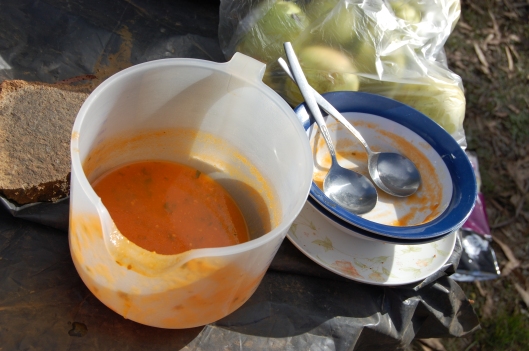 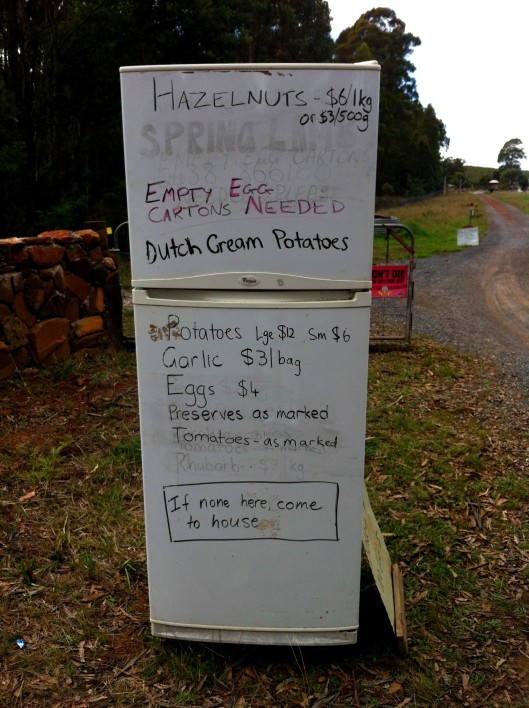 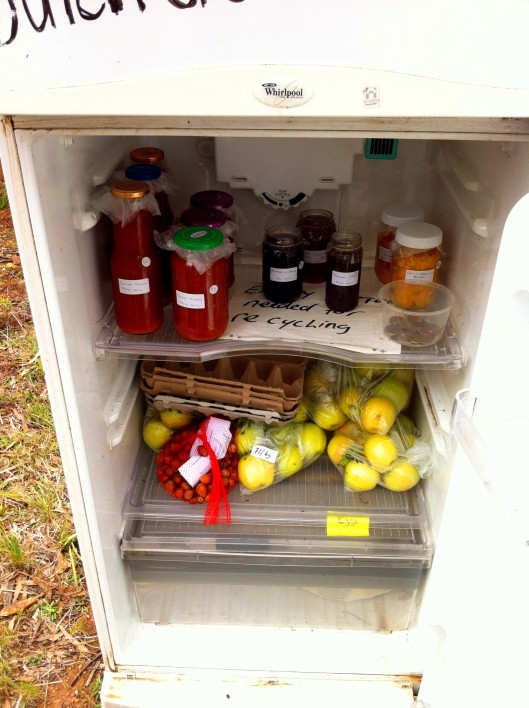 Everthing’s so fresh and home-made

Experiences like this make you really appreciate that you’re alive. And we didn’t even have wounds. I don’t care that the rest of our trip itinerary was changed, that we had to pay extra, nothing is comparable to the fact that we can still continue to live life and we can still be with the people we love ❤

3 thoughts on “Tasmania – How to make your trip more interesting”