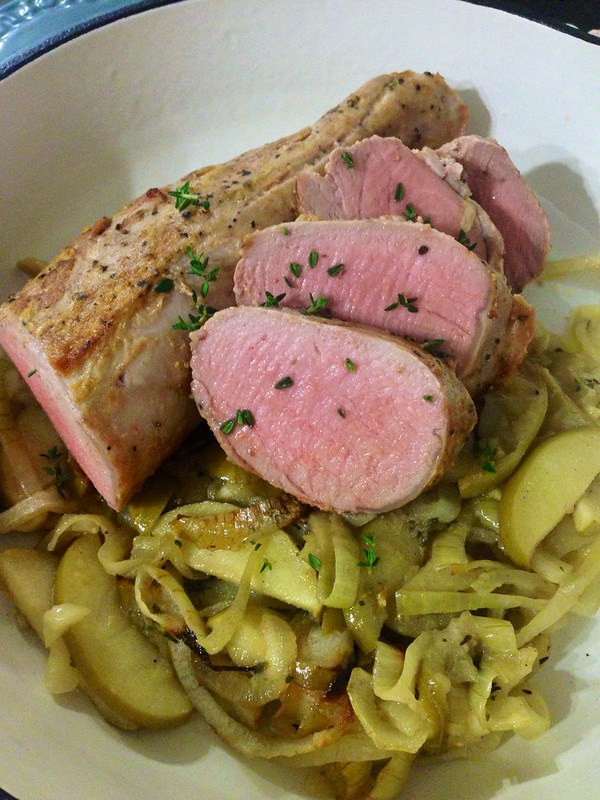 The first pork fillet I had was from Yellow in Potts Point. I went there on a Friday night with Iggy, following the suggestions of his workmates. I was really impressed with the dish because I never had pork like that. I’ve always thought that you have to cook pork thoroughly. You see, I just started to have steaks the proper way when I met Andrew. In the Philippines, we do not have that idea of rare in meats. If it’s a bit hilaw (raw), you have take it back to the kitchen. For Yellow’s pork fillet, it wasn’t raw, but it’s still pinkish and tender and I didn’t have to chew a lot. Also, I was able to appreciate the flavor of the meat more.

When I got the beef brisket from Harris Farm, I had to reach $50 total for my orders so that delivery will be free. I saw the pork fillet and thought, why not. I did the beef brisket on Friday night to Saturday morning, then I worked on the pork Sunday night. Sounds like a whole weekend of cooking, no? Haha.

But this pork fillet is easy peasy and didn’t take long to cook. I wanted to do the flavors from the last pork belly dish I made before, but I didn’t have fennel. So I just used whatever I had that time. I had the idea that it should be brown outside but still reddish and juicy inside. It also has to sit on some veggies so it doesn’t dry up while roasting. I didn’t know what to do exactly, but I just winged it. 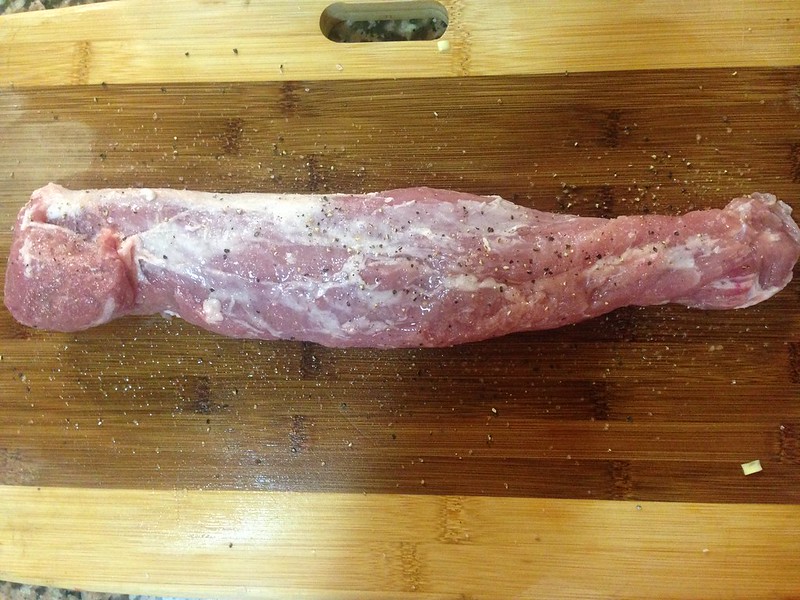 First, washed the meat, patted dry and rubbed with olive oil, salt and pepper. I think I left it for 15-20minutes because I had to start on my laundry.

Then I browned it. It’s obvioulsy and long piece of meat and won’t fit on regular sized pans. Thanks to our friends, Leah and Mico, for their housewarming gift – I have this grilling plate for stove top. 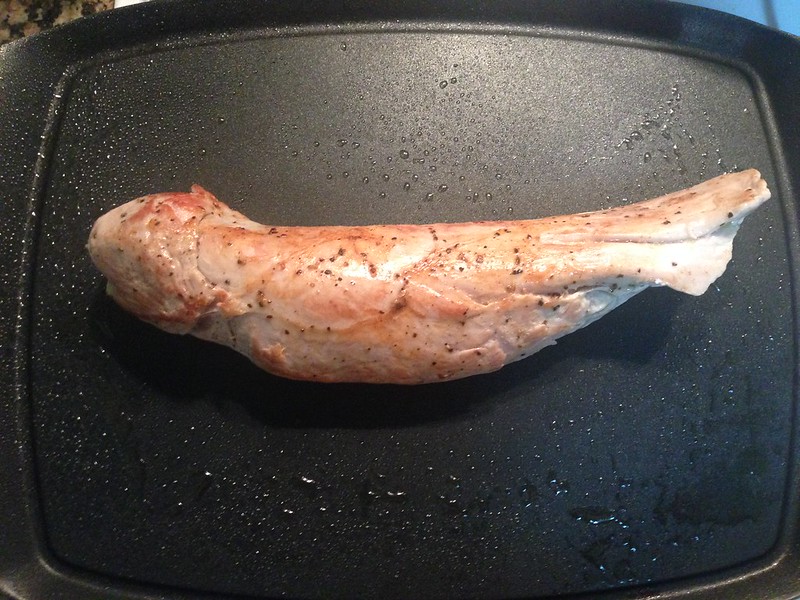 And then I worked on the flavors. I added dijon mustard, apple cider vinegar, half a packet natvia (you can use sugar), thyme and more salt and pepper in a bowl and used a brush to spread this on the meat. You can taste this mixture and check the balance and if it’s up to your liking. 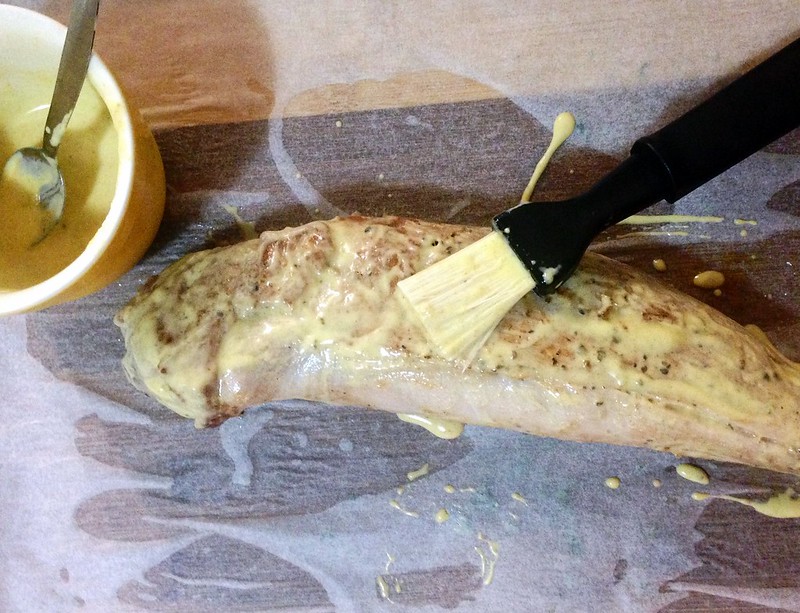 I sliced up 2 small granny smith apples and 1 brown onion. I added some thyme, salt, apple cider vinegar and olive oil. Then I placed the browned meat covered with mustard mix on top. I left it for 15 mins, because I forgot to turn the oven on. So I had to wait for the oven to heat up. I set it to 160 deg celsius. I really don’t know why, but I wanted it to cook slowly.

I placed the tray in the oven and googled on how to check if pork is cooked. I saw a post that you should check for the inside temperature of the thickest part of the meat and it should be 55deg. I never had a chance to use my kitchen thermometer yet so that was a good time. I didn’t use any timer, I did other stuff in the house, then I checked the temperature. It was just 48 deg. I closed the oven and carried on with whatever I was doing. And when I checked again, it was already 60degrees! Oh nooo 😦

I wanted the apple and onion to caramelize more so I just removed the meat from the oven and left the whole pan for 5 mins and increased oven temperature to 180deg.

I let the meat rest for 10 mins and carefully sliced it. I was over 55 degrees but I wasn’t pale inside. I’m happy with how it turned out. And apple+onion+applecider combo also goes well with pork.

Next time you see a pork fillet, grad it and try cooking it like this. Maybe you try other flavors like honey and soy or mayo and garlic. The key is not to overcook the pork so you don’t lose its flavors.