3 weekends ago, I did cooking marathon and I was able to come up with the banana bread recipe that I really like – buttery and sweet. 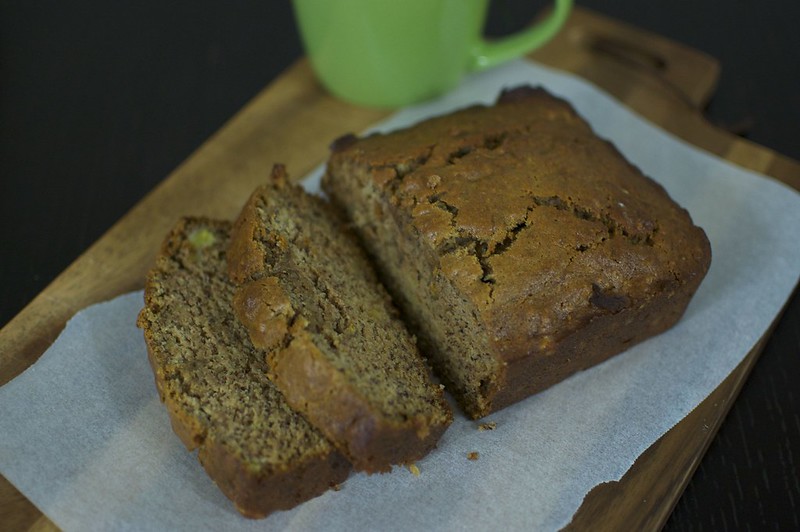 And then it was a 2 week cooking hiatus.

Why? I auditioned for MasterChef Australia season 7, and failed.

It was a Thursday late night and I was on train going home when I checked my mail and saw that I got invited for the first round of auditions. Excited would be an understatement, I wanted stand up and raise my fist but I figured it will put off other people in the train. So I just messaged Andrew and Iggy and then Mei, RA and Josine over our viber group and expressed my feelings over exclamation marks and emoticons. When I got home, I gave Andrew a big hug like I’ve won an Oscar. I even gave him a thank you speech as he was the one who pushed me to submit an application. Haha!

When the excitement subsided, I read the email carefully and that’s when I started to feel nervous. The first round of the audition was Tuesday the following week and the second round (if you get past the 1st round) was the Wednesday right after. It was a mystery box challenge for the 1st round, and a dish of choice in the second round and both has to be done in 1 hour. I was initially concerned about my dish of choice (I was very confident I’ll get through the 1st round) as most of my specialty dishes take 3 hours to cook. I wanted to make Beef Caldereta (Filipino stew) and I’ve only done it in a slow cooker. It will not possible for the time limit, and the only way is to use a pressure cooker and I haven’t used one ever.

I then asked my friend, Monde, if I could borrow their pressure cooker over the weekend so I can practice. They (Monde and Tim) were more than happy to lend it to me. From Saturday morning to Sunday, I made 3 sets of Caldereta and timed myself if I can finish it in 1 hour. I had a few situations with the pressure cooker, but I was happy that I had it during my practice. Aside from caldereta, I also made mystery dish with pork, twice. One with Andrew’s mystery ingredient and one with Paul’s. I made a good banana bread read through basic recipes of cupcakes and scones. By Sunday night, my kitchen was a mess and I was so tired of cooking and washing up. But I felt I should be ready for Tuesday and Wednesday.

Come Tuesday, I didn’t have enough sleep but I was full of energy, probably because of feeling excited and nervous at the same time. I registered 15 minutes before the call time and waited in the room with other applicants. I had a good chat with 2 girls, whom I already forgot the names (I am so sorry). And then a guy came in and gave us instructions. That we have to use at least one ingredient from the mystery box and we have to plate up a dish in 1 hour. He also mentioned about not using the same board for meat and for other stuff to avoid contamination. Seems simple. I’ve made a dish several times before, and I was able to finish a few it in less than one hour. Heh.

Then we went inside the commercial kitchen. They gave a quick tour of the kitchen. They pointed where to pots and plates are, where the food processor are, chopping board, sinks, etc. Then they told us to open the mystery box. Then they gave us around 2-3 minutes to go through the pantry to see what they have in there that we can use. Then time started.

And then my brain flew out of the kitchen. It f*cking left me.

I couldn’t think clearly. I couldn’t think of a dish to make. I had few ideas but I would snap it off whenever I couldn’t find an ingredient for that dish. I ended up serving a dish that I’ve never served before. A mash that’s too acidic. And a sauce that’s not balanced and I wasn’t even sure why I added that sauce. At least my chicken was cooked. But hell, I won’t even eat that dish. It was THAT bad. I wanted to cry. I didn’t even want to hear the announcement because I knew that I won’t be in.

When I heard from the producers that no one from our batch get through, I just grabbed my bag and left the building. I didn’t even say goodbye to the 2 girls I was chatting to earlier. I was shattered. I just shamed myself. It would’ve been better if they told me that there was a potential, but their comments were nowhere near that. I felt like I let them down for inviting someone like me who can’t cook.

On my way to work after the auditions (it was just 11AM), I’ve thought of hundred other dishes that I could’ve cooked instead of what I presented to the judges. I’ve made those dishes several times and it should’ve been way better than my acidic mash. I was upset, I was angry and I was disappointed at myself. I only had one chance and I blew it. I started to question my cooking skills. Maybe I really don’t know how to cook, I couldn’t even do the basics. Maybe I wasn’t really ready for it as I broke down in pressure. Maybe those who get into MasterChef have years and years of practice under their belt and my 3 years of cooking is nothing.

For 2 weeks I was just consumed of those thoughts. I couldn’t even hold a knife in the first week, I didn’t feel like cooking. I cooked something because I have to, not because I enjoy making it. I ate out most of the time and I didn’t want to eat food that looks good, I was eating crappy food just so I wouldn’t remember my plate in the auditions.

But I’ve recovered now. The Tasmania trip helped in resetting everything. I also had a chance to cook there because I wanted to cook for Jeric, our host in Hobart. I figured he must be craving for some warm home-cooked meal. And when we got back from Tassie, I was already back in my kitchen getting my hands dirty again.

Thinking about it now, there’s still a bit of dismay but I’m having a positive perspective about it. I am happy that I had that chance, I had that solid practice in case I will apply again next year. Also, the producers gave a good advice after they told us the bad news – that is to just continue cooking and eat at good restaurants. I will continue cooking so I get familiar with more flavours, so I can perfect basic recipes, so I can add my own twist, so I can learn more techniques and so I can make better food.

And for that banana bread, first time I’m writing a recipe here. Yey!!! Everyone knows I hate following recipes, but I understand it’s inevitable in baking. Also, I thought maybe having the recipe (for everything) will allow me to recreate the dishes myself and will help me to track the tweaks I’ve done with the dish. 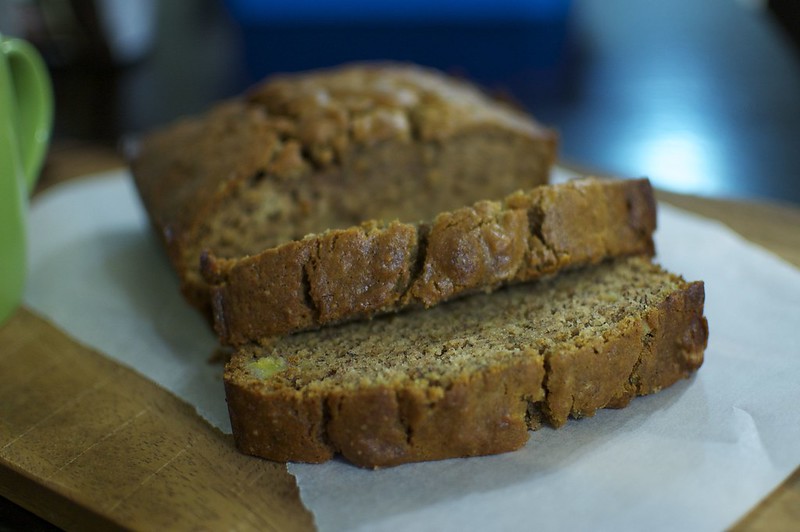 PS. The photo is just 3/4 of what I made, we had a slice each when I thought about taking a photo.